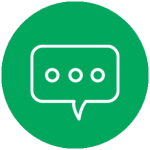 With the influx of refugees, both Muslim and Christian, has come the hatred against religious minorities from, for example, Syria and Iran.

Germany saw nearly 100 anti-Christian attacks in 2017. The most violent incidents occurred among asylum-seekers in refugee homes, and German politicians express growing concern for the safety of Christians fleeing to Europe. Open Doors Deutschland, which supports and advocates for persecuted Christians, recorded 743 incidents in 2016. After a wave of violence against Christians in refugee homes, many of them asked, repeatedly, for separate accommodation. Except in a few cases, authorities failed to respond.

A similar pattern of violence against Christian refugees afflicts Sweden, our own country. Compared with other European nations during the ongoing migrant crisis, Sweden, like Germany, has taken in a disproportionately high number of refugees of all faiths. While that is laudable, it has led to many violent incidents, as the hatred against religious minorities in, for example, Syria and Iraq has now migrated to Sweden.

Last month the Christian daily Världen idag reported that an asylum-seeker who had converted from Islam was attacked when exiting a Pentecostal church in Karlstad on Sunday, February 11. The church is now taking safety precautions for its other converts.

Or take the example of Amir (not his real name), a Christian refugee from Syria. In 2015, he lived at a refugee home in eastern Sweden. According to a local newspaper, a 26 year-old, a jihadist who was also from Syria and lived in the same refugee home, threatened to “slaughter” Amir and cut his throat and harm his family back in Syria. “I fled the war to avoid this kind of thing,” Amir told police when they responded to the emergency call. The man who threatened him was eventually sentenced to probation and fined 8,000 kronor (around $900) in damages.

In Stockholm, a new Christian convert was stabbed by fellow asylum-seekers on the same day he was to be baptized. He was to be baptized in the church that one of the authors of this article, Jacob Rudenstrand, belongs to. He had recently begun wearing a cross. Rudenstrand informed the U.S. State Department. (See its International Religious Freedom Report for Sweden in 2016.) A friend of ours, a Jesuit priest, has told us that many Eastern Catholics living in the Stockholm suburbs are afraid to wear a cross in public. Christians who do so have been attacked and their crosses ripped off by Islamists, an experience analogous to that of many Swedish Jews wearing a kippah.

Despite news reports of such attacks against Christians, Sweden’s government has launched no serious investigation. There are many studies focusing on hate crimes against Jews and Muslims in Sweden but few on hate crimes against Christians, even though statistics from the Swedish National Council for Crime Prevention show that police reports of the latter have risen in recent years. In Europe, “Christian refugees routinely suffer religiously motivated persecution,” the European Parliament states in its annual report on human rights and democracy for 2015.

Last year Open Doors Sweden conducted its own survey of persecuted Christian asylum-seekers nationwide. Some 123 reported that they had been subject to religiously motivated persecution. The 512 separate incidents included death threats, sexual assaults, and other acts of violence. Most of the victims were converts, and most perpetrators were other migrants. Most victims did not file police reports. They feared reprisals or assumed that the police wouldn’t take any action.

More than one-third of the survey participants mentioned incidents whose perpetrators had been hired by the Swedish Migration Agency or the refugee home. One Christian reported:

When only the Muslim staff was working at the refugee shelter, they looked at me strangely, treated me unfairly, spread lies, mocked me, and excluded me. They had a changeable and unpredictable behavior. Sometimes they were kind to me and sometimes they were mean. This spread to the entire staff. Even the manager of the refugee shelter was one of those who bullied me.

Citing the findings from Open Doors, a member of the Swedish parliament questioned the minister for migration, Heléne Fritzon, who responded with no reference to threats specifically against Christians. She offered only general remarks on safety provisions that the government makes for refugees in general. Meanwhile, the Swedish Migration Agency, which evaluates applications for residence and citizenship, has been known to give those asylum-seekers who have turned to Christ pop quizzes on theology, asking them to explain the Trinity, for example, or to name the number of sacraments or of books in the New Testament, to determine whether they are genuine Christians — questions that many Swedish churchgoers would not be able to answer correctly. The testimony of churches and pastors counts for little; the agency often outright dismisses it.

The influx of refugees to Sweden has slowed lately, owing to a shift in the nation’s migration policy, but challenges in integrating migrants into Swedish society remain. Those challenges include ensuring that Christians who were victims of genocide — a genocide that the government has refused to recognize — are not persecuted all over again after they resettle in their new country. The evidence shows that they are not safe in Sweden, which needs to take measures to improve their security, but first it must acknowledge the seriousness of the problem they face.